A Whole New Megillah is an annual party series by interdisciplinary artist Ali Shrago-Spechler that occupies the Jewish holiday of Purim. This year’s event, Semitic AF, is co-curated by composer and singer Julie Hill and taking place at Space Heater Gallery.

AWNM: Semitic AF co-opts the story and rituals of Purim with American secular practices and politics to highlight power structures that continue to repeat themselves throughout religious and non-religious histories. Since biblical times, leaders have often exploited people’s fear of the unfamiliar to categorize, dehumanize, and unify one group against another.

Semitic AF flips that division on its head by replacing the victimized Jews of Persia accounted in the Purim story, with the persecuted Muslims living in today’s highly xenophobic America and Europe. Set in this apocalyptic year of 2017, Semitic AF reinterprets and expands the tropes and conventions of Purim by telling the story through live music, games, PRIZES! and interactive performances and installations.

An open bar and treats are customary on Purim. Feel free to wear a costume, or have one provided for you at the event.

A Whole New Megillah, Semitic AF is a one night only event with performances occurring throughout the night. 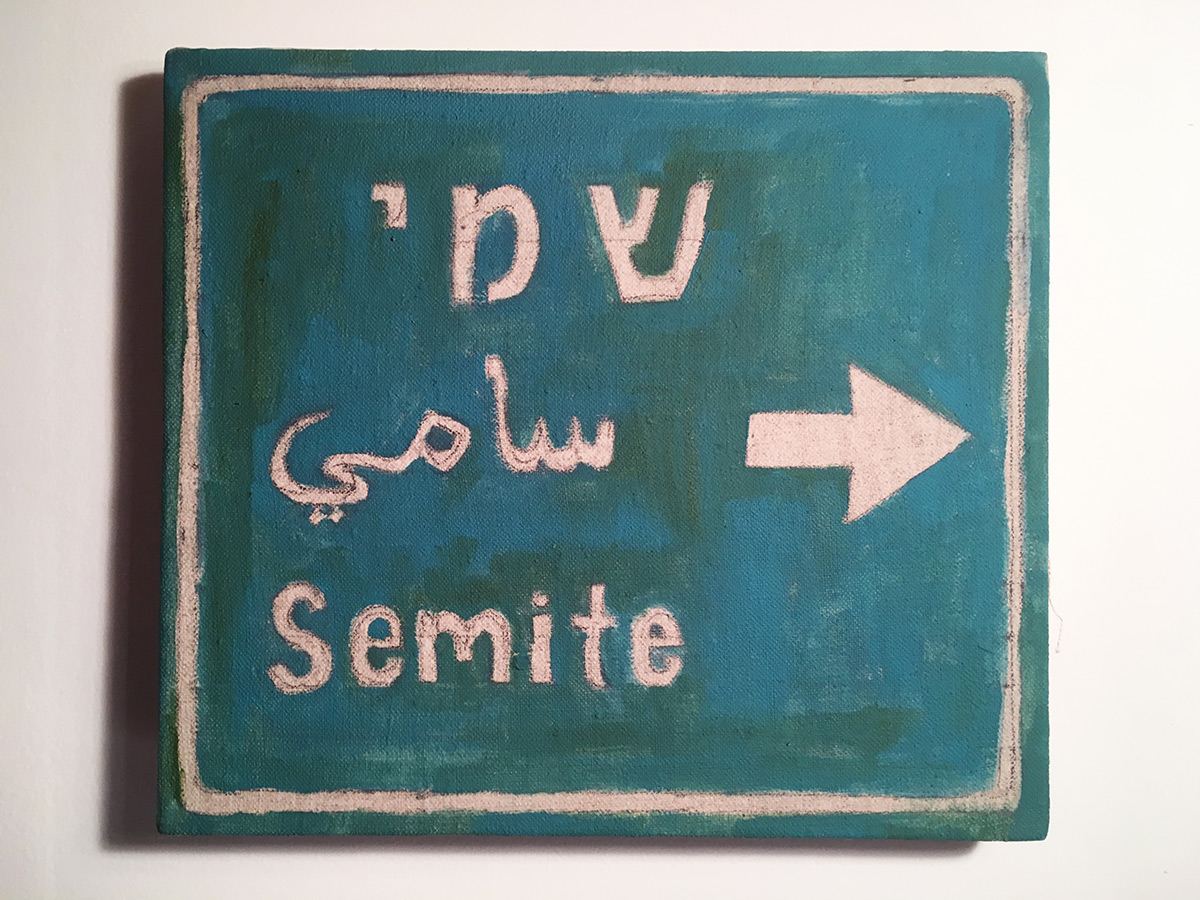 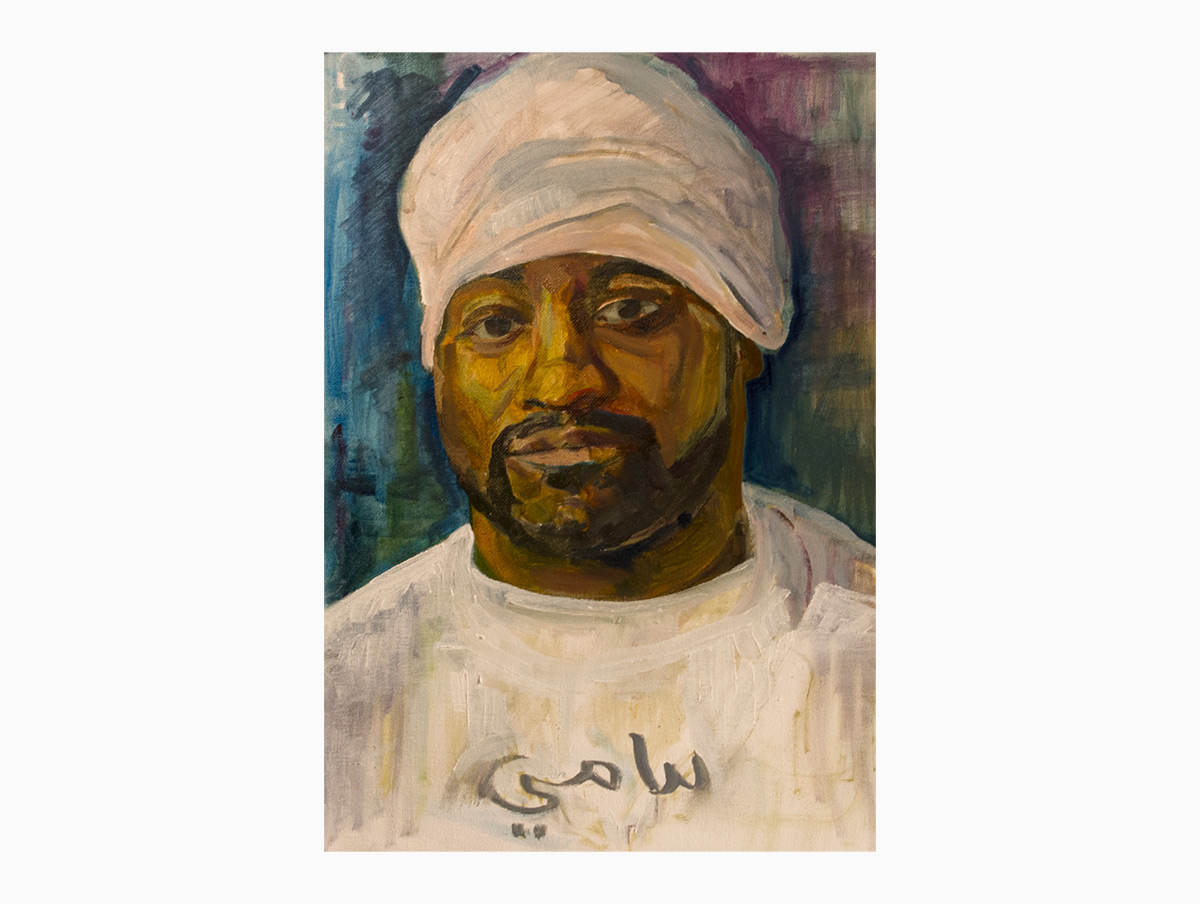 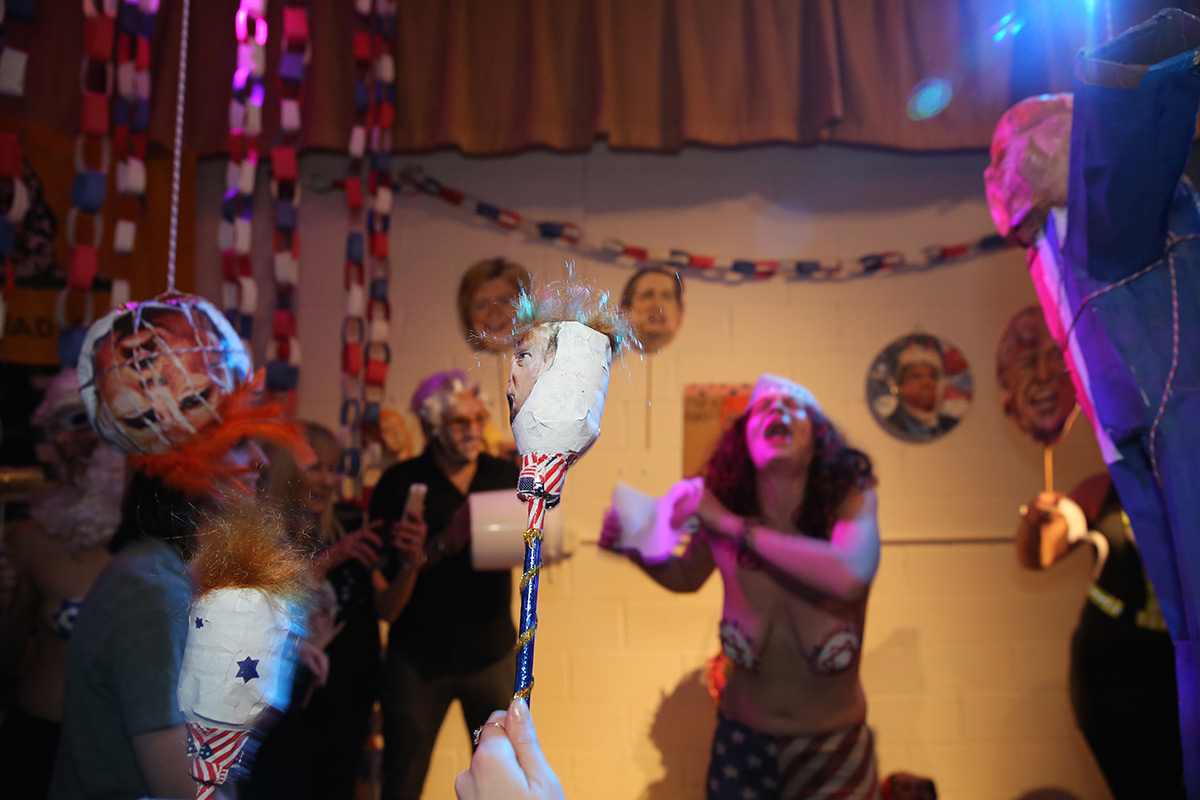 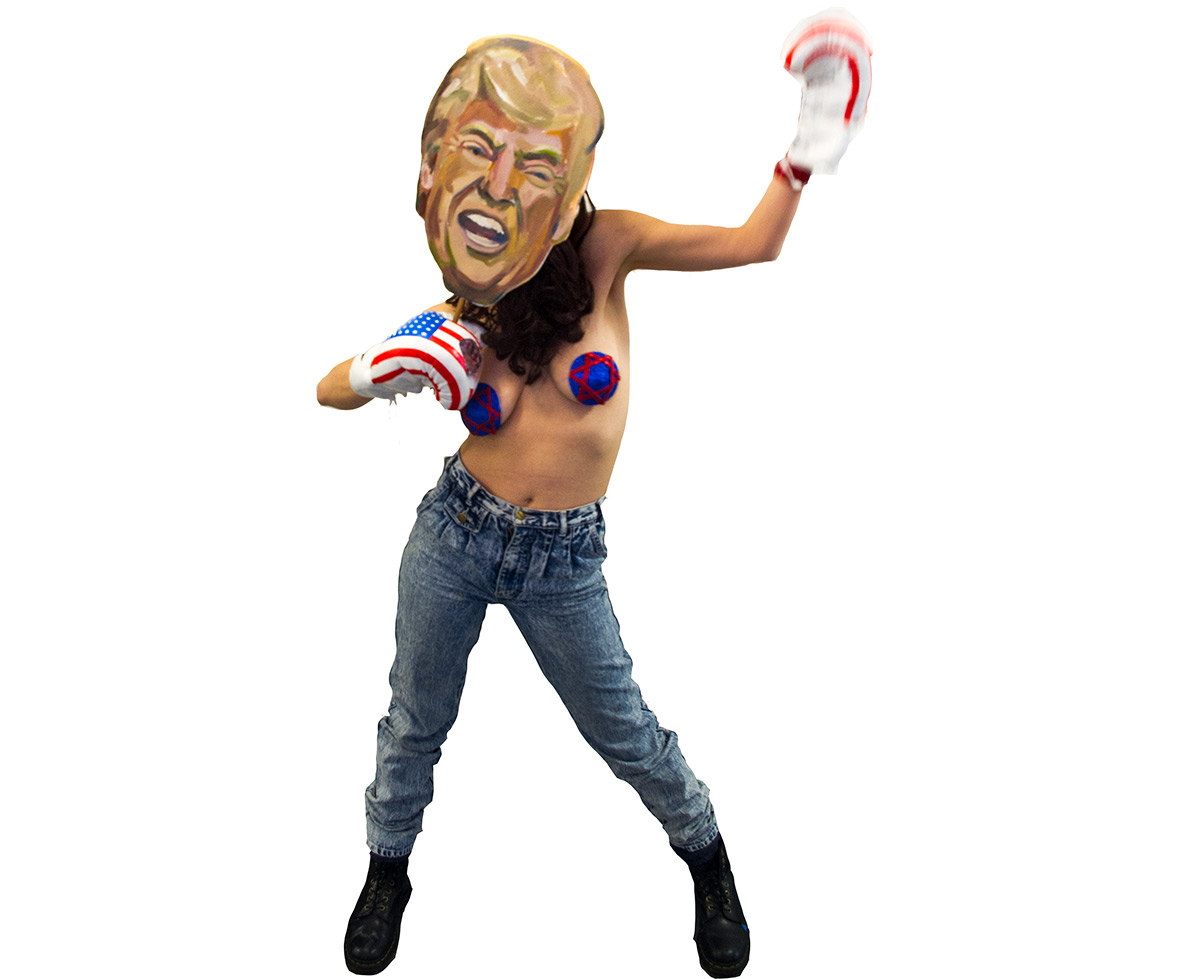 Ali Shrago-Spechler, Fighter as Trump from A Whole New Megillah Does Amerikh, 2016 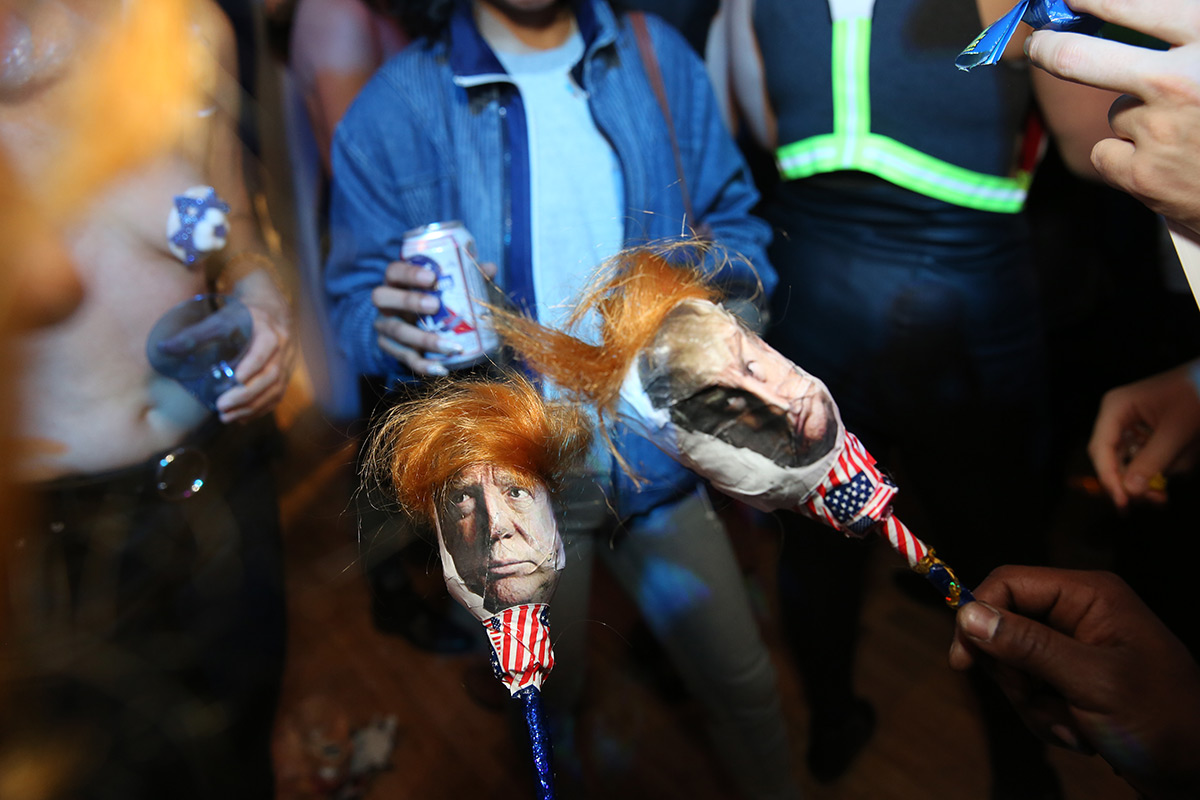 Ali Shrago-Spechler, Noisemakers from A Whole New Megillah Does Amerikuh, 2016 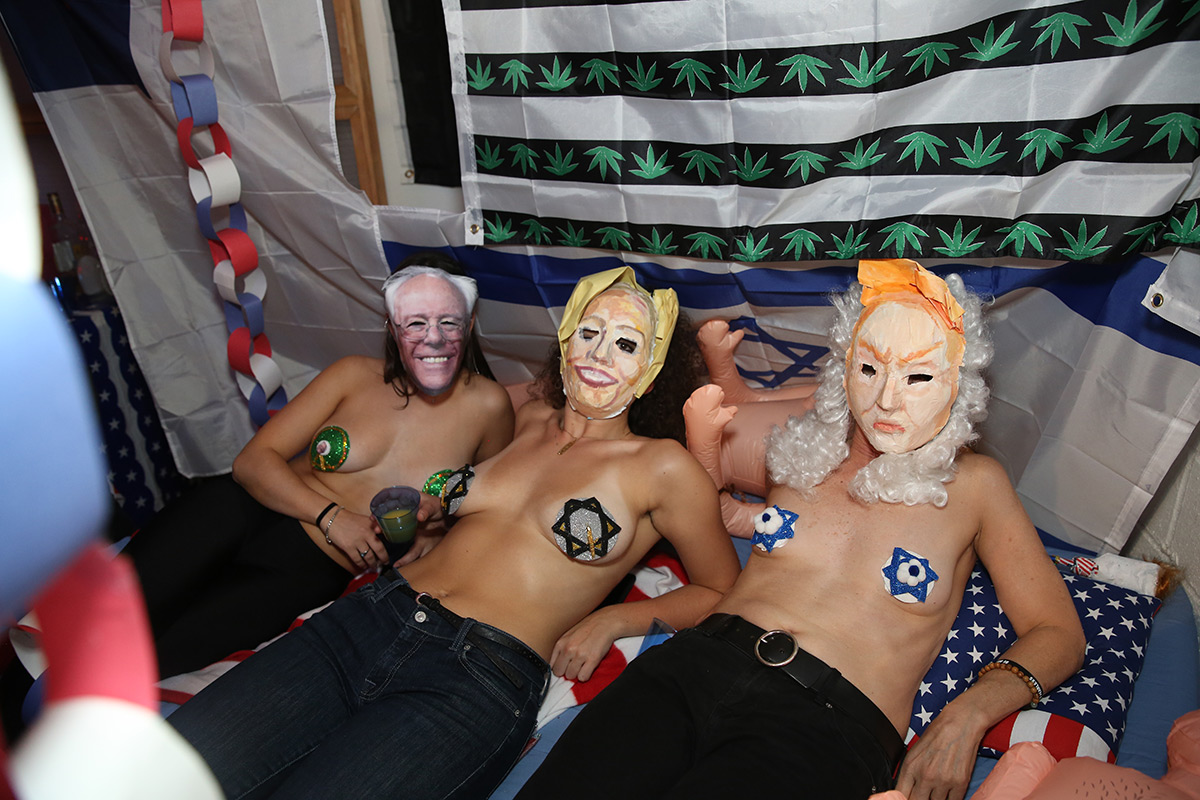