Space Heater is excited to present “Material Politics”, a three person painting show curated by Rosalind Tallmadge. The show will run from February 17-March 5, with an opening reception on Friday February 17th from 6-9pm.

“Material Politics” incorporates the work of three painters who all explore alternatives to the traditional formal narratives of surface to substrate. While at first glance the manifestations of this practice may seem to reference a progression of so-called “Provisionality”, each artist pushes beyond this association to reach a specificity connected to both their studio practice and personal history.

Billy Kang’s (b. 1985, Troy, Michigan) castaway paintings, or B-sides, are a subsidiary product of his studio practice. Neither a series nor a body of work, these quick formal investigations are individual and spur from dumb ideas, lame jokes, and power ballads. This immediacy allows such ideas to manifest into actual objects, where greater decisions can be made relieved of the pressure of heavy-handed conceptualism.

Willard Johnson’s (b. 1987, Seoul, Korea) quilted and collaged paintings mine materiality as a metaphor for constant change. Growing up as the son of missionaries in the Middle East, his work explores the immigrant experience and mass migration in the wake of the war in Syria, as well as his own conflicted positioning between eastern and western cultures. Pattern becomes meditation, dismantled and rebuilt as a way to question and navigate a paradoxical world. The paintings themselves function as a stage where narrative dissonance in time, culture, place and identity collide and intersect.

Sam Branden’s (b. 1991, Cleveland, OH) collage-based paintings combine visual references to sports culture, hip-hop, and Modernist abstraction, while problematizing the positioning of white male culture in the history of fabric-based media. These deconstructed, hand-sewn pieces evoke both a nostalgia for and challenge of masculinity and sports culture, as well as serve as compact gestures and compositions to push the boundaries of traditional ideas of painting. 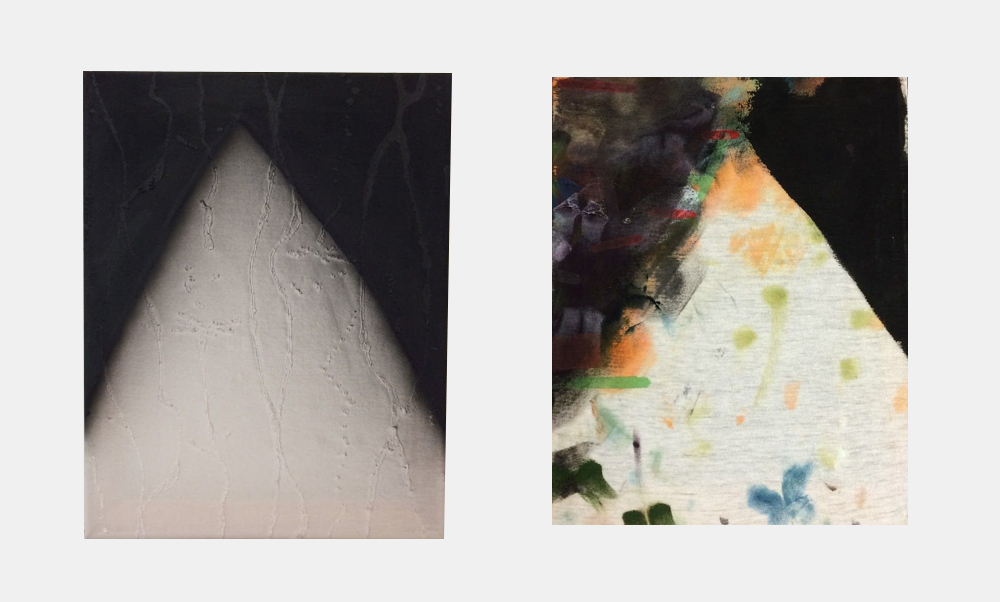 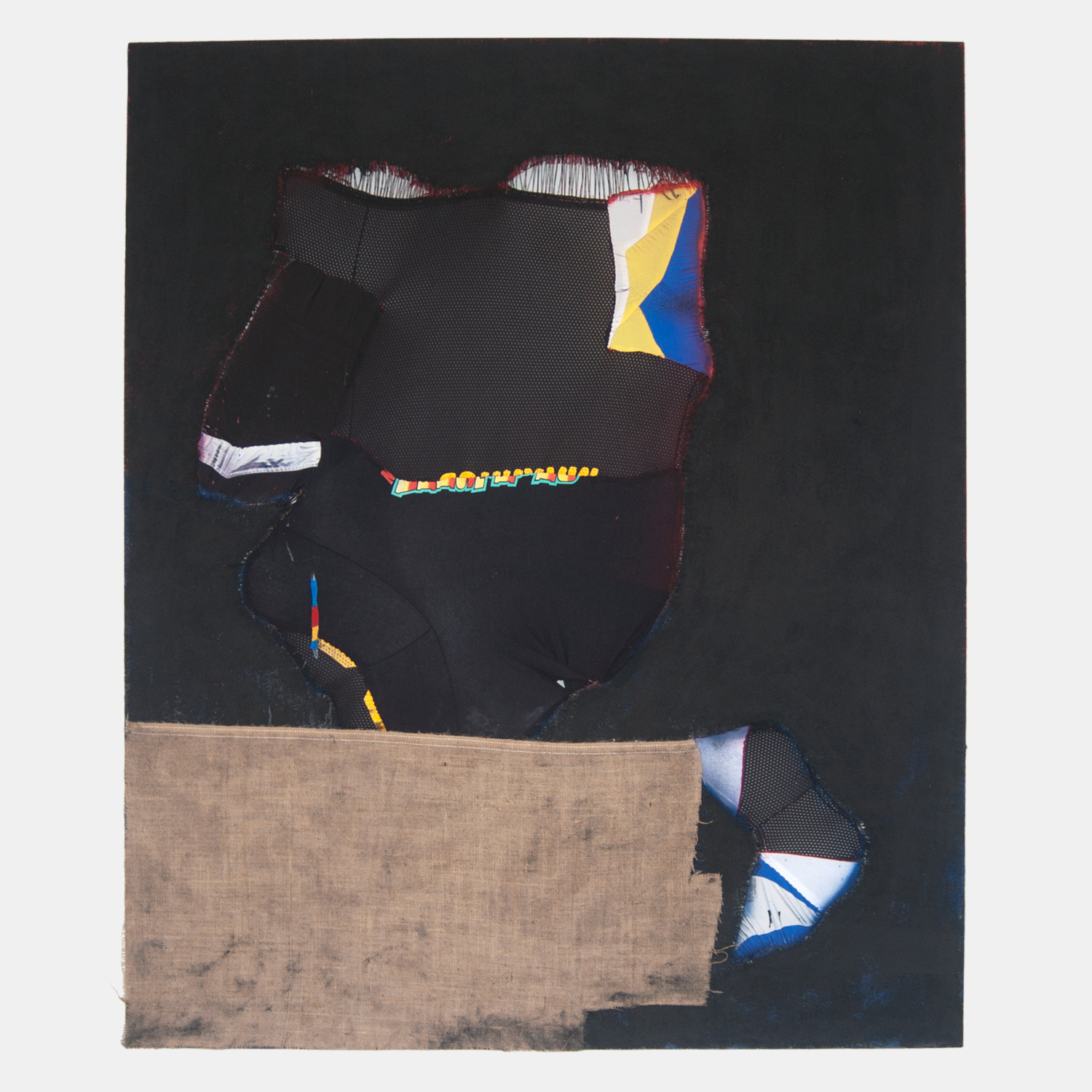